Learn about the variety of benefits of seabuckthorn when it comes to skin care. As one of the main natural ingredients we use in many of our skin care products, it has been proven to have a very prominent impact on many skin conditions, including rosacea, acne, dermatitus, inflammation, and sun protection. Not only that, but it also supports the natural healing process of the body.

Check out the links below to see how seabuckthorn can completely turn around your skin issues for the better.

The following are some of the conditions that have demonstrated improvement through the consumption of our SBT Vegan OIls:

A Powerful Antioxidant and Anti-Inflammatory

Antioxidants are compounds that protect cells against the damaging effects of reactive oxygen species, such as singlet oxygen, superoxide, peroxyl radicals, hydroxyl radicals and peroxynitrite. An imbalance between antioxidants and reactive oxygen species results in oxidative stress, leading to cellular damage. seabuckthorn seed and fruit oil contain abundant unsaturated fatty acids, tocopherols and carotenoids, which are known to have significant antioxidant activities.

The fruit and seed oil of the seabuckthorn berry are a rich source of essential omega fatty acids. Seabuckthorn fruit oil with its high values of Omega 7, regulate hormones, as well as normalizing sebaceous secretions, blood chemistry, endocrine balance and other systems such as the skin, that can be affected by hormone imbalances.  Seabuckthorn seed oil contains omega 3 and omega 6 in a perfect one to one ratio as well as omega 9. These omegas are a powerful antioxidant and are essential to critical functions in the body. They are an integral part of cell membranes throughout the body and affect the function of the cell receptors in these membranes. They provide the starting point for making hormones that regulate blood clotting, contraction and relaxation of artery walls, and inflammation. They also bind to receptors in cells that regulate genetic function. Likely due to these effects, omega-3 fats have been shown to help prevent heart disease and stroke, may help control lupus, eczema, and rheumatoid arthritis, and may play protective roles in cancer and other conditions. Omega-9 fatty acids, commonly referred to as monounsaturated fatty acids, offer important health benefits. Research has shown that omega-9 fatty acids are protective against metabolic syndrome and cardiovascular disease risk factors. Omega 9 also contributes to the healing of mucous membranes in particular conditions of the gastro-intestinal tract.

Seabuckthorn seed and fruit oils contain high values of Tocopherols (vitamin E group). Alpha-, beta-, gamma-, and delta-tocopherols make up 95% of total tocopherols and tocotrienols in seabuckthorn seed oil, and alpha-tocopherol alone is about 83% of the total vitamin E content in fruit oil(12). Total contents of tocopherols and tocotrienols varied between 8-32 and 6-14 mg per 100 g in seed and fruit oils, respectively, demonstrating a highly enriched fruit source of vitamin E. Vitamin E is recognized as the natural antioxidant in the human body, promoting metabolism, preventing oxidation of high-density cholesterol in the serum, thus inhibiting and reducing cholesterol settlement along the blood vessel wall. It also prevents oxidation of unsaturated fatty acids and enhances immunity. It is believed that high levels of tocopherol minimize skin oxidation, which helps to maintain skin integrity and reduce skin toughening and wrinkling. As an antioxidant vitamin E plays major roles in our health. They include prevention of cancer and cardiovascular disease, improving blood circulation and necessary for tissue repair, treatment of premenstrual syndrome and fibrocystic disease of the breast, promotion of normal blood clotting and healing, reducing scarring from wounds, high blood pressure, helping prevent cataract and more.

Ever wonder what gives carrots and tomatoes their vibrant colours? It is a class of plant pigments called carotenoids. Carotenoids are the for bright red, yellow and orange hues in many fruits and vegetables. These pigments play an important role in plant health. People who eat foods containing carotenoids get protective health benefits as well..

Seabuckthorn seed and fruit oils are the richest source of fat-soluble carotenoids, including ß- -carotene 997 mg/L, Lycopene 689 mg/L, Astaxanthin 56 mg/L, Lutein 56 mg/L, α - carotene 344 mg/L Scientists have discovered about 600 different carotenoids, but there are only 6 which have been found to be highly beneficial in the human body. These are: alpha-arotene, beta-carotene, lycopene, lutein, cryptoxanthin, and zeaxanthin. These compounds are non-essential nutrients (meaning they are not required for life) that have been found to decrease the risk of a number of diseases when taken in high amounts. Research suggests that carotenoids can protect against cataracts, Alzheimer's, dementia, cancer, heart disease, and Type-2 diabetes.

Phospholipids are the primary building blocks of cellular membranes. These membranes are the "containers" that hold the living matter within each cell. They also give definition, shape, and protection to many of the substructures (organelles within the cell like the nucleus and mitochondria) within our cells. In addition to functioning as a skin for each cell — keeping the insides in and the outsides out — phospholipid membranes provide protection from chemicals and pathogens that can derail and/or destroy the necessary life functions that take place within each cell. While performing this function, phospholipid membranes are subject to constant attack from free radicals (oxidants), pathogens, and toxins.Seabuckthorn seed oil and fruit oil contain 8 phospholipids. The three most abundant are Phosphatidic acid (phosphatidate) (PA), Phosphatidylethanolamine (cephalin) (PE), Phosphatidylcholine (lecithin) (PC) 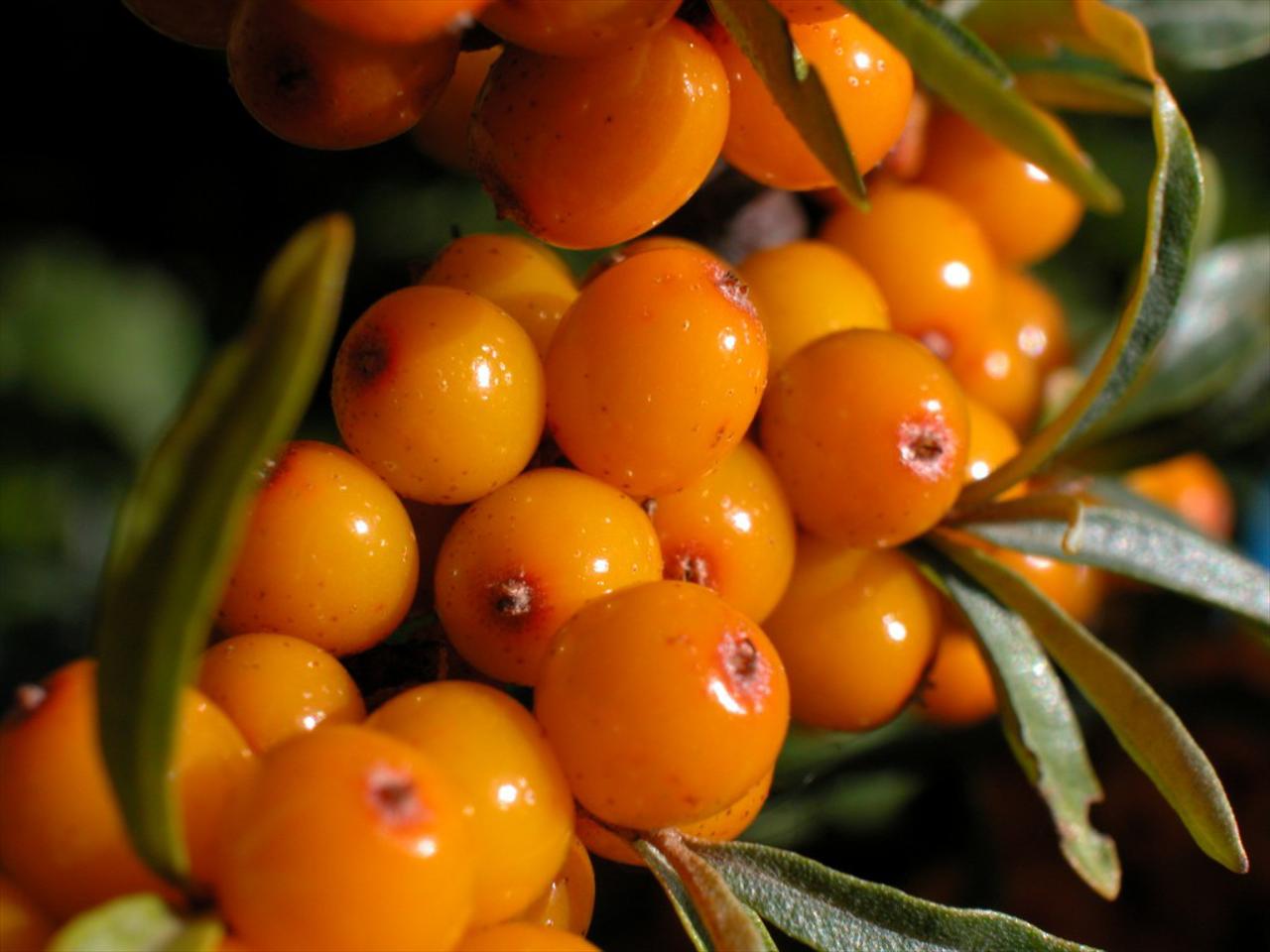